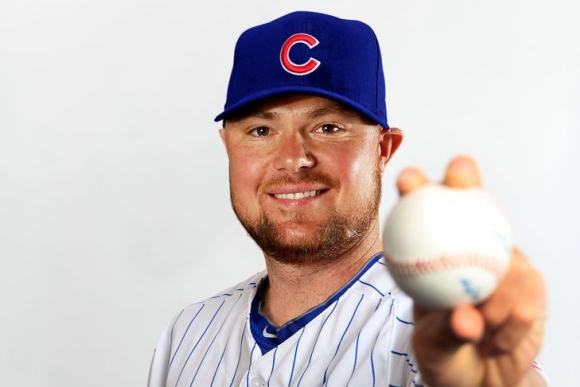 This isn't quite the unstoppable object meeting the immovable force.

After all, Jon Lester could still only do so much after the Oakland Athletics paid dearly for his services.

However, the Cubs are still the Cubs.

As their late, great play-by guy, Jack Brickhouse, once said:

Anyone can have a bad century.

Enter Theo Epstein, the GM who broke the BoSox World Series curse in Beantown. He's meticulously nurtured the potential pieces of a joyous Cub future for the past three seasons, and with Lester, he's signaled 2015 as the End of Hibernation.

But wait. Lester's 31. Long contracts for hurlers at that point in their careers haven't fared well. Yes, his Earnie finally went sub-3.00 in 2014, and somewhere in those sabres, Epstein equated what he found to a shipload of dollars.

And here's the yadda from another presumed piece to the Cubbie puzzle:

The nagging question in all of this is, after only three years of it, has Cubness already gotten to Epstein? The assumption was he hired Maddon because of his ability to get the most out of younger players. So is the Lester deal a shortcut? Is he taking a long-term contract chance on Lester in hopes of cashing in on the front end of it and living with the balance?

Dude's raised the level of expectations in the North Side a notch or two with these moves, like from improbable to unreasonable. Practically and traditionally, there's still only one way the Cubbies reach the Series next season:

These are still the Cubs, and as 108 years of futility have proved, there's simply stuff that's out of one's control.