Braves' Medlen Gets Tommy John 2.0; Ervin Santana Gets a Job 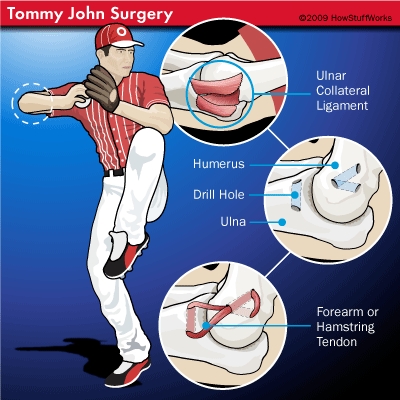 How does this happen to a pitcher twice in a career?

The issue isn't the injury itself, but how -- after enduring the up-to-18-month recovery process -- how a pitcher at any level would allow himself to risk the injury a second time.

Atlanta's Kris Medlen must be asking himself that very question right now. The Braves expected him to return as their ace after recovering from Tommy John surgery in 2010.

This was not what he expected out of his spring training start this past Sunday:

The following video is not for the squeamish, and one would think enduring this process once would be enough for a pitcher to take precautions:

And John Smoltz agrees with the likes of Nolan Ryan and revolutionary new conditioning programs that more arm work -- not less -- for pitchers is what will stem the tide.

Now, the Braves are back to Square One with their rotation. And in so doing, the door has been opened for Ervin Santana.

At the start of spring training, he was one of the three free agents who carried the albatross of costing a draft pick to any team that signed him. The right-hander had to wait for a team to realize it still needed help, and he was fortunate to have options. Toronto, Minnesota, and Baltimore offered him, but Santana -- who spent nine years in the American League wanted to hold out for a Senior Circuit team.