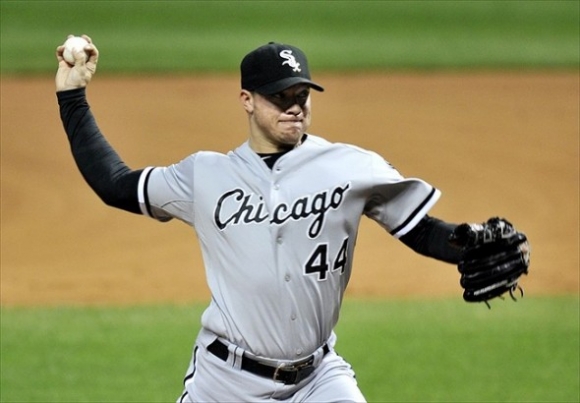 File this one under “can’t say I never saw this coming.”

With Clay Buchholz somewhere very far off the Boston radar with whatever ailment he can pick out of a hat, the Sox need a premier arm to take a spot in the rotation. So rather than go after Cliff Lee, they got the next best thing. At 32 years young, Peavey is on the tail end of his prime, but he's still effective. The solid righty has had a fair enough run in Chicago, decent but far from great: 8-4 with a 4.82 ERA on the year.

In Iglesias, the Sox lose their best defensive player in years as once again, the organization takes a stand to say that they value offense over defense. Can’t say it's worked out particularly well of late, but then again, I’m not the GM. Iglesias’ web gems and infield hits will be missed, but the Sox need pitching, and those are the breaks.

It's a strong rotation, and with Lester, Lackey, and Doubront all doing well of late, the Sox are in a good position going into the last stretch of the season. Peavy is not the best solution, but with Buchholz on the perennial DL, he will have to do. At least he’s not Brad Penny; that’s all I have to say about that.

Now, there will be plenty of people who claim that this is a bad idea. I mean, Jose Iglesias for Jake Peavey? Shortstop of the future for an ex-CY Young award winner? Yes, in the long run, this will not help the Sox, but for the next two months, this is the best deal they can make.

Iggy may have once been the shortstop to finally put the brakes on that pesky revolving door, but at this point of this season, the Sox need a pitcher, no matter the cost.

Yes, it could be the second coming of Doyle Alexander for John Smoltz. The Tigers did make the playoffs that year, but that was about it.

The BoSox are hoping for loftier results and have rolled the dice of fate, which -- as usual -- probably won't stop bouncing for a few years.