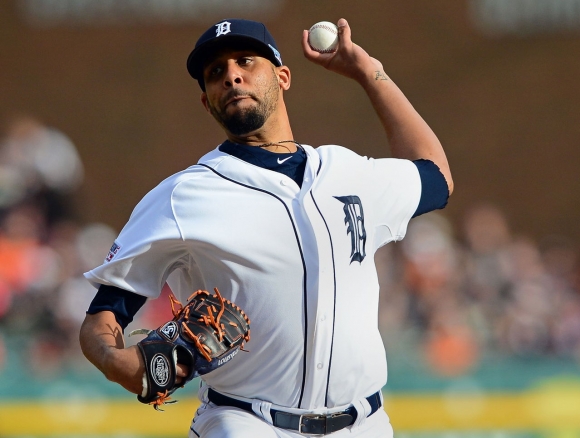 Looks like it's Destination: Playoffs in the Great White North.

The Toronto Blue Jays completed their second headliner trade of the week by renting David Price from the Detroit Tigers. It's the southpaw's second uniform change in two years, and odds are his off-season contract demands will give him a bespoken trifecta.

Amazingly, the package TO sent to the Motor City was a trio of minor-league pitchers. The Blue Jays had zero depth in their higher affiliates; it's an indication of how bare Detroit's chucker cupboard is, too.

Apparently, the tea leaves were greener north of the border. Going into tonight's schedule, the Jays are 2 games out of the second wild card slot, while the Tigers are 3½ back.

Of course, the wild card was Detroit's only hope. They'd need a breathtaking winning streak to catch Kansas City in the AL Central. Toronto, however, may be seven games behind the New York Yankees, but the AL East is still a soft division and the perception remains that it's still up for grabs.

And the Jays intend to do the grabbing. They've got 13 games left with the Bombers, 7 with the second-place Orioles, and 6 withthe pitching-and-mirrors Rays.

Yes, it's a small sample size, but still an impressive 460-foot sample:

Could be yet another reason why Toronto's odds to win the World Series just shifted from 25:1 to 16:1. For frame of reference, Kansas City is still the favorite at 7:2.

But the Jays are now in with a shout. The Royals needed a wild-card win to start their post-season run last year. Now, with Price a money-dude in must-wins, the team from Down East is as poised as it'll ever be to not only end MLB's longest current playoff-appearance drought, but rekindle memories of 1992 and 1993. 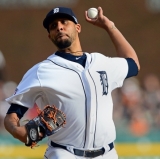 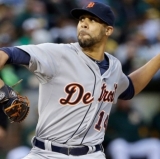