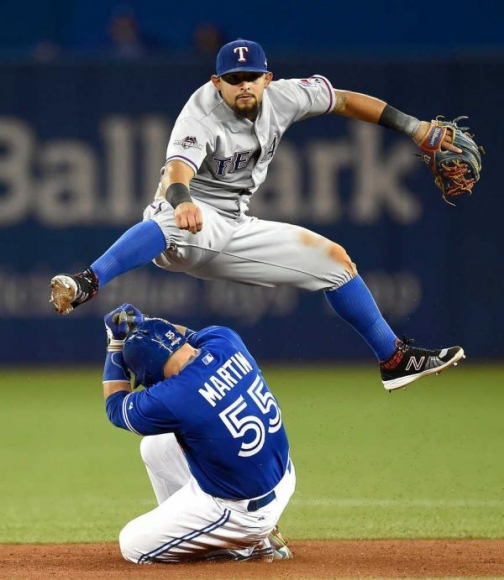 Even before the playoffs began, the Toronto Blue Jays made no bones about their desire to meet the Texas Rangers when the rubber met the road.

On top of that, the Rangers just don't get along with the Rogers Centre. Last year's ALDS-clinching loss featured one of history's bizarro innings, featuring Elvis Andrus and Rougned Odor.

That's the same Odor who had an issue with bat flipping.

So there Texas was, back at the scene and with their backs to the wall after the Blue Jays took the series' first two games in Arlington.

And, with the score knotted at six in the tenth inning of Game 3, there was Odor on Front Street again.

As the song says, dude, take what you need and leave the rest. Otherwise ...

Whatever it is with Odor and the Rogers Centre, Dr Evil can relate:

He doesn't do Canadian Blue Jays, and it is bad.