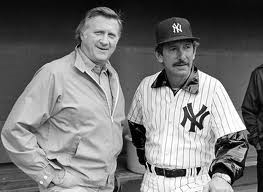 Baseball's Expansion Era Hall of Fame ballot was released on 4 November with results of the voting to be announced on Monday 9 December during MLB's annual winter meetings.

This is the evolution of the old Veteran’s Committee that took heat for electing the likes of Bill Mazeroski.

Well, they’ll have their work cut out for them on this ballot. At first glance, there are at least five shoo-ins.

Listed below are the 12 players, managers, and executives eligible for election by the Historical Review Committee. I’ll spare you the details of how that organization is comprised; rather we'll review the credentials of all the candidates, much like a recruiter screening résumés, where they give applicants a false sense of hope that they’ll even get a courtesy phone call.

These candidates are listed alphabetically. The criteria is a candidate must receive 75% of the vote to be elected.

So there you have the Expansion Era candidates. If I had a vote, Cox, LaRussa, Martin, Miller, Simmons, Steinbrenner, and Torre would all be elected.

It could be a busy summer in Cooperstown, as the BBWAA ballot will be released on Monday, and it's still crowded from last year.

Meanwhile, the Earth will keep rotating on its axis and the sun will continue to rise and set before a couple of living legends with questionable ethics and morals -- Barry Bonds and Roger Clemens -- get a plaque in Cooperstown.