Arlington: Where Hitters Are Texas Toast 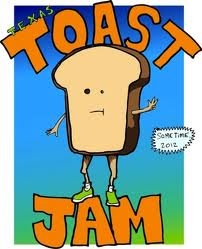 If you like a good old fashioned pitchers duel, then Rangers Ballpark in Arlington is the place to be tonight when the Detroit Tigers open a four-game series with the Texas Rangers.

If you don't, sorry, but the Astros -- with their team ERA of 5.76, the worst team ERA in the majors by almost a full run -- have the night off.

Just look at the numbers on the Bovada data tool provided on our Home page, and you will see the eye popping pitching numbers for yourself.  Verlander is 4-3 and Darvish enters at 6-1, but their ERA's are what really look impressive here. Verlander, having won two fewer games than Darvish as well as  having lost two more, has the better earned run average at 1.93, while Darvish enters allowing 2.73 runs per nine innings. Those kinds of numbers make Bovada's total of 7½ seem to over players like a number as big as the state of Texas itself

The Rangers' home stadium is normally known as a hitter-friendly park, but that won't be the case in this match-up. Darvish currently leads the majors with 80 strikeouts, and Verlander won that title among American League pitchers last season. And don't tell Verlander about hitters' success in Arlington. His record in four starts there is 3-0 with an ERA of 1.29. Overall against Texas, he is 7-2 with and ERA of just over 2.00. As for Darvish, in his first season as a Ranger last year, he won all three of his starts against the Tigers with an ERA of 3.60.

You want more? Texas' team ERA is third-best in the majors and Detroit's is sixth. That means the bullpens aren't doing too shabby, either. There's just not a lot here to expect anything other than a great duel that keeps fans on the edge of their seats all the way through, and under players waiting until the final out to cash their winning tickets. That's what I'm planning on doing, until the Astros hit the field Friday so I can get back to finding a good over play.