Angry White Dude: When Did This Happen? 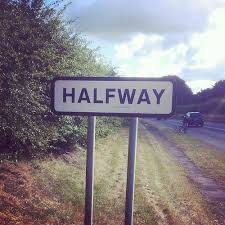 I have been involved in sports for over 50 years, playing, coaching, and officiating at every level.

I once was a sports fan, which of course is short for fanatic.

So, how they got this past me for all of these years is nothing short of amazing.

Recently on ESPN, their baseball 'insiders' were talking about who were MLB's MVPs for the first half of the 2017 season.

When in the world did this happen? When did we start giving out MVP awards in the middle of the season? How did I miss this?

I mean, it's got to be true! The ESPN baseball insiders were talking about it.

If the insiders are talking about it, then it's the gospel. They know everything about MLB, right?

Of course they do! That's why they're insiders and you and I are not!

If they're giving out the first-half MVP awards, I'll bet there will be a show about it on ESPN. They have a show for everything, and somehow, 99% of them stink.

But other than that, it's the middle of the season, people!

ESPN continues to sink lower and lower with the commentary that some of their employees spew out.

It this really all they've got to cram between the commercials? And don't get me started on the crap notifications their app sends out.

Does ESPN now cover Professional Wrestling? They might as well start.

Talk about an award that has never existed -- and will never exist -- is pretty  amazing. In fact the mid-season MVP award is fake, as in really not real.

They wasted 20 minutes of my time today -- someone's gotta tell the cord cutters they made a wise choice --  talking about something that does not exist!

Coop was a real person who actually did something real.

Talking about who should win a fake award is fake news and it's very best.

Try harder ESPN. Or should I get ready for a 30-for-30 about Count Dracula?

An MVP award for the first half of the baseball season? When did this happen?