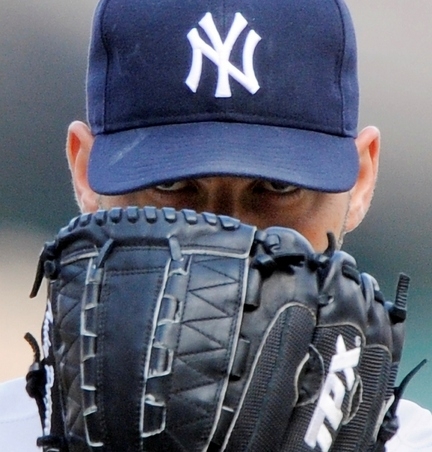 New York Yankees starting pitcher, Andy Pettitte, announced his retirement effective at the end of the season, which marks the second time in his career he’s gone through this charade.

He only trails Brett Favre by five for the all-time record.

Heck, Rickey Henderson was elected to the Hall of Fame in 2009 and hasn’t formally announced his retirement, yet.

Pettitte will join fellow Yankee teammate Mariano Rivera in retirement this off season. No word yet on if they have found a condo on the beach in Fort Lauderdale, but they have time to decide. Nothing but time!

Both Yankees will be eligible for the Hall of Fame in 2019, along with Rockies 1B Todd Helton. Rivera will be a shoo-in, and possibly the first player to receive 100% of the vote unless Greg Maddux receives that honor next year.  Something tells me a couple of voters will find a reason not to vote for Maddux. I can only imagine their logic in not voting for him! Like, he isn't Walter Johnson, he lives in Sin City, the Braves only won one World Series, or he could only pitch right-handed.

After all, Nolan Ryan missed the 100% mark by six votes. What were those dudes thinking? Maybe they were Robin Ventura's relatives.

For all the debate surrounding Pettite’s candidacy, it's unlikely he will receive much support since he admitted to using HGH in 2004. Still, it's more likely his association with the Roger Clemens case will be the reason he'll never get much support from the baseball writers who do the voting.

Pettitte is not on the same plane as Mark McGwire, Barry Bonds, Sammy Sosa, or Rafael Palmeiro, the latter of whom was actually suspended for using steroids and simply blamed it on teammate Miguel Tejada. Not sure if Viagra is on MLB’s banned substance list, but Palmeiro certainly would’ve tested positive for that, too!

Pettitte, though, is on a similar level as some of the great post-season pitchers of his era like John Smoltz, Tom Glavine, Roger Clemens, etc.  OK, maybe the latter isn’t a good example, but Pettitte’s dominance in October cannot be questioned.

Neither can Mariano Rivera’s.

He saved a ton of playoff wins for Andy Pettitte, and if Pettite doesn’t share the stage with Rivera in the summer of 2019, he should certainly be mentioned in the Cooperstown media guide. With 19 career playoff victories, Pettite is the all-time leader.  However, if Whitey Ford had pitched in Division and League Championship series, there’s no question who’d be No 1 on that list.

As two Yankee greats ride off into the sunset, enjoy their last few games in pinstripes and bid them adieu. Next year, you may see another Yankee great play his last game. 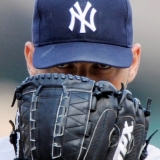 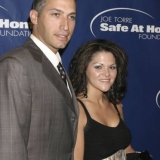