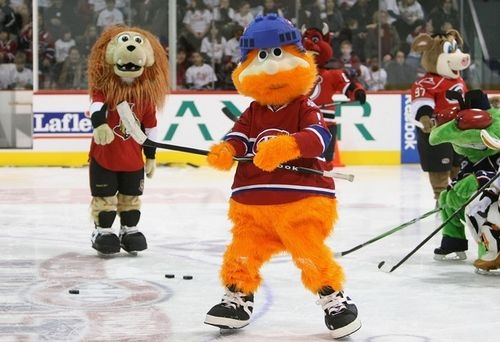 Please fasten your seat belts and return your trays to their upright positions as we prepare for landing to your final All-Time Snark destination.

It's the nation’s capital, Washington DC, via Montréal PQ.

Are you prepared for the biggest round of musical chairs yet? As we’ve clearly illustrated with the All-Time Snark teams Minnesota Twins and Texas Rangers, there have been two different versions of the Washington Senators in baseball history, and MLB badly wanted to return to the District of Columbia after a 40+ year absence. Ironically, the Twins were a 'Target' -- no pun intended -- for contraction, along with the Montréal Expos in 2002.

Then, in a game of musical chairs only surpassed by the expansion and relocation of several franchises in the 1960s, the Expos were forced to play their home games in Puerto Rico in 2004, in what amounted to extortion.  MLB basically greased the wheels for a move by facilitating the governmental power of eminent domain to build a new ballpark and relocate the Expos to Washington DC in 2005, where the team now plays as the Nationals and is currently one of the top franchises in the National League.

The Expos were largely forgotten, so much so that longtime great catcher Gary Carter didn’t want an Expos cap on his HOF plaque because he was concerned that fans wouldn’t even know who they were when they came to visit Cooperstown.

Teammate André Dawson suffered the same fate, even though he won an MVP award for the Chicago Cubs, even though casual fans may not remember that, either.

It’s almost certain that fellow OF Tim Raines will go through the same rigamarole when he's finally elected. What? You think Raines should wear a Yankees cap on his HOF plaque?

Thanks to Carter’s many great years in an Expos uniform, selecting a catcher for the All-Time Snark Team wasn’t easy, and ironically, he comes from Carter’s rookie year, when he played outfield.

Expos management probably looked at Foote’s season and thought: We need a catcher! Luckily, Carter was in town and the rest is history, etched on a HOF plaque in Cooperstown. Carter probably should’ve gone in the HOF as a Met, but hey, it’s not his decision.

Galarraga’s career took off in Colorado, literally, as he won a batting title in 1993 and hit 40+ homeruns in three consecutive years as a main cog in the Blake Street Bombers lineup. He probably would’ve hit 40+ during the strike-shortened seasons of 1994 and 1995 but settled for 31 in each. An all-star in 1988, he didn’t produce much else during his stay in Québec.

Flynn was in a potent lineup with stars such as Carter, Dawson, Raines, Al Oliver, and Tim Wallach, so it’s very surprising he scored only 44 runs and drove in just 26 dudes. Flynn also only stole two bases and grounded into 12 double plays. I guess somebody had to account for outs in that lineup.

So close to that Mendoza line, yet so far away. This was the Expos' second year in the league, so playing for an expansion franchise doesn’t ooze confidence, but they did improve from 110 losses in 1969 to only 89 in 1970. Laboy probably didn’t contribute to many of those wins.

It was the "Summer of ‘69" wails that groover from Vancouver, Bryan Adams, on his classic tune, yet Rusty Staub was the only reason for Expos fans to sing anything at all about that year, except maybe their trademark Val-De-Ri. Who did you think they would rally around, Ron Fairly?

The Expos have had some studly outfielders over the years, like the abovementioned Dawson and Raines -- and throw Larry Walker and Vladimir Guerrero into that mix -- so this group did not offer many top candidates. Kearns becomes our first player from the Washington Nationals to make the All-Time Snark Team. Welcome Mr. Kearns, it’s a pleasure having you. Boots Day is one of the greatest baseball names in history, along with Urban Shocker, Dick Pole, Rusty Kuntz, and Milton Bradley. Speaking of Expos outfielders …

Steve Rogers is not the same person as Captain America, in case you were wondering. Rogers did go on to have a very productive career as an Expos starter. However, losing 22 games takes a special talent. Ortiz and Armas Jr were basically pitching for an expansion team, as 2006 was just the Nationals' second year in the league, so we’ll let them slide, just this once. Wegener was definitely pitching for an expansion team, and Vazquez was surely victimized by the great 1998 home run chase between Mark McGwire and Sammy Sosa. This is a great, diverse selection of pitchers from Expos/Nationals history, unlike the Blue Jays All-Time Snark Team, which featured three SP’s from one season. Oh, the humility of it all!

Not much deviation in these relievers' ERAs, but hey, Scanlan didn’t give up any home runs during a 2001 campaign that saw Barry Bonds break the single-season HR record, and six other NL batters hit 40+ home runs, so there were certainly plenty to go around. Forster had an atypical low OAV for an All-Time Snark Team, but based upon that BB/9 total, batters weren’t up there hacking; just take your base. We’re seeing a trend with 2006 Nationals pitchers. They tried to adjust to a new stadium, new uniforms, new fans, and were subject to government regulations playing in DC. So much red tape!

2003 began the downfall of the once proud Expos franchise. As contraction talk dominated much of the 2002 season, manager Frank Robinson steadied the ship, and the Expos actually finished above .500 at 83-79. Even if they were forced to play at Hiram Bithorn Stadium in Puerto Rico, it didn’t really seem to wear them down until 2004, when frequent flyer miles weren’t much of an incentive. At least, traveling to Puerto Rico is like a jaunt in the United States, right?

The Washington Nationals and the Seattle Mariners are the only two teams that have never played in the World Series, and as the saying goes in baseball, you never know what could happen; that’s why they play the games.

With the craziness happening at the start of the 2014 season, it would be rather fitting that the Nationals and Mariners meet in the Fall Classic this year, and then we’ll see how many fans/players/umpires get confused by learning that there are actually two Washingtons.

Heck, invite Youppi and just play the World Series in Puerto Rico. The Expos/Nationals are used to it. 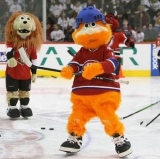 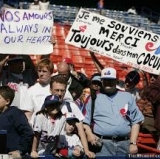