Adrián Beltré Moves the Mat, Gets the Boot 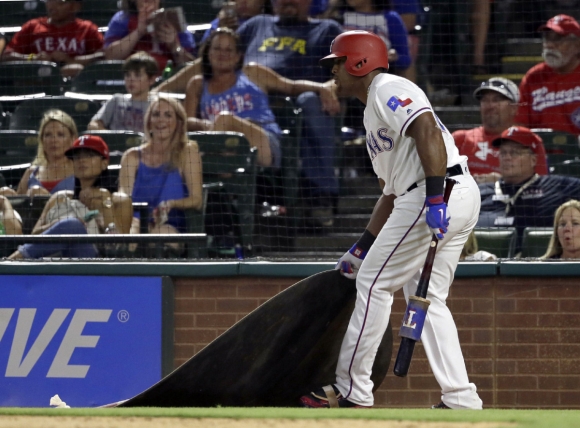 Sometimes, what we have here is failure to communicate.

Adrián Beltré now has a firm grasp of this concept.

Just the other night in Texas, while the Rangers were being bludgeoned, 22-10, by the Marlins, Beltré was inexplicably ejected from the proceedings.

And just what did the future Hall-of-Famer do to deserve such a fate?

Dude moved the on-deck circle mat a couple of feet to the left.

Beltré's been standing just outside the circle for his entire career. How does that become an issue now?

There appears to be an epidemic in MLB right now involving umpires who just don't get it.

This particular stick in the mud happens to be Gerry Davis, who based on this incident, may very well be the most insecure human being on the planet.

Apparently, he interpreted Beltre's adjustment as an affront to his authority.

Beltré was understandably befuddled after the game.

That about sums it up.

In addition, Rangers manager Jeff Banister was tossed for questioning this nonsense.

For whatever reason, Davis decided to single out Beltré and arbitrarily enforce a rule that's ignored by most players.

Anyway, between Davis and the potty-mouthed Alan Porter, these umps are well and truly having issues.

Perhaps a meeting would be helpful.