A-Rod's Legal Beagles: Bud Selig Is King of the Forest 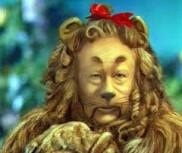 Everyone has had enough of of the the Alex Rodriguez - Major League Baseball hullaballoo.
And just when you thought it couldn’t get any more vacuous, Alex and his ignoramus legal team conjured up another ridiculous complaint that helped us to realize they are totally oblivious.
A-Rod had a temper tantrum last week, banging on a table and storming out of an arbitration hearing over his discontent that Commissioner Bud Selig wouldn’t be forced to testify during the hearing.
This decision incited A-Rod’s legal team to amend its lawsuit. The  complaint now includes the statement, “Mr Selig lacked the courage of his convictions to explain under oath the reasons for the suspension and the conduct of the investigation.”
If amending the case for the above wasn't ludicrous enough, what makes the amended filing that much more sadly hilarious is Rodriguez’s army of attorneys including a picture of Selig posing for a photo with a youngster wearing a shirt that reads “A*Roid.”

The amended complaint goes on to call the smiling Selig a coward.
Smiling? Really? What should Bud have done?
Maybe jump up and down and refuse to cooperate.  No, that's more of an A-Rod move. Maybe he could have stormed out of the picture. No, thats's A-Rod, too.
We're talking about Bud Selig here, a man who has never been the brightest star in the sky. In fact, A-Rod's lawyers called him a coward. So did anyone expect him to do anything else but pose with the kid? And truthfully, it's highly probable that Selig didn't understand the kid's shirt, if he ever even looked at it.
He's the Commissioner, after all. Maybe he knew that an Aroid is any plant of the Arum plant. Maybe he thought it was slang for weed or was a puzzle shirt where you could fill in the asteroid. (Get it?)
Maybe it's me, but I think the lawyers who are getting paid millions could come up with another line of reasoning. Painting Selig as the Cowardly Lion could backfire.
After all, he's still the Lion King for a few more months, and they may yet hear his roar.
DAILY UPDATE