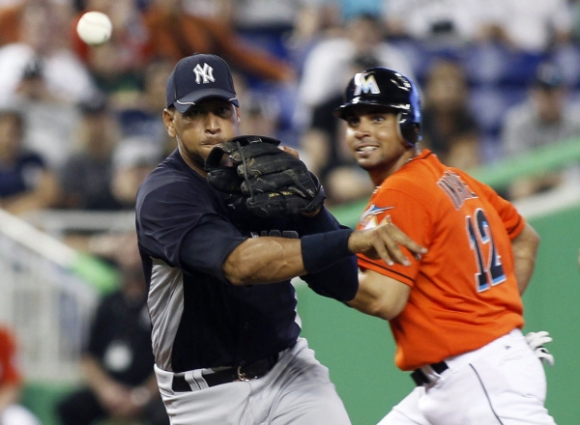 Last week saw the end of an era in the Bronx.

One with a bit of juice, in fact.

After devoting full seasons to wave farewell to such legendary names as Mariano Rivera and Derek Jeter, the Yankees finished up their Get the Hell Out week for Alex Rodriguez.

To be sure, A-Rod's done enough in his life to deserve the ire of the Yankees organization.

Dude's virtually made it a second career to give the Bronx Bombers headaches.

However, it'd be wrong to leave out all the good things he did for the Yankees.

In other words, A-Rod hit tons and tons of homers.

Without Rodriguez and his clutch hitting in the 2009 World Series -- including six RBIs and four extra base hits, there'd be no 27th World Series banner above New Yankee Stadium.

But those days are long gone, and so is the old A-Rod.

Sure, his 2015 was surprisingly good, but dude's been nothing short of terrible in 2016.

At the very least, A-Rod got to play in his final game in pinstripes, where he got an RBI double and played one out’s worth of third base in the ninth:

Following his Friday finale, Rodriguez was cut by the Yankees, a move that seemingly put the final nail in his MLB career.

After all, who'd be dumb enought to sign a 41-year-old below-average hitter with hip problems?

This week saw the Marlins -- in their first playoff race in years -- lose their very own superhero Giancarlo Stanton for the year with a groin injury.

Now, there is no replacing a star like Stanton, but there are a few dudes out there who can provide some pop off the bench. A-Rod is allegedly no exception.

Within 72 hours of his supposed final game, he's reportedly being considered by Jeff Loria to help with their sudden outage of power potential.

Sure, Rodriguez is supposedly a 'special advisor' to the Yankees now.

And yes, he has knees that are probably no better off than your grandparents'. But there are a few things working for an ARod-Marlins connection:

The biggest obstacle would be finding a position for A-Rod to play. His hips are a little too damaged to handle third base anymore, and he only ever played two games at first base.

There's also the question of whether or not his offense can rebound in the season’s final month and a half.

For now, dude's just saying no.

After all, he’s made enough money to chill out on the beach for the rest of his days.

Rodriguez could, in theory, change his mind.

But for the sake of humanity, why?