A-Rod and Braun Have More 'Splaining to Do

Published on 6-Jun-2013 by Tyler Scionti 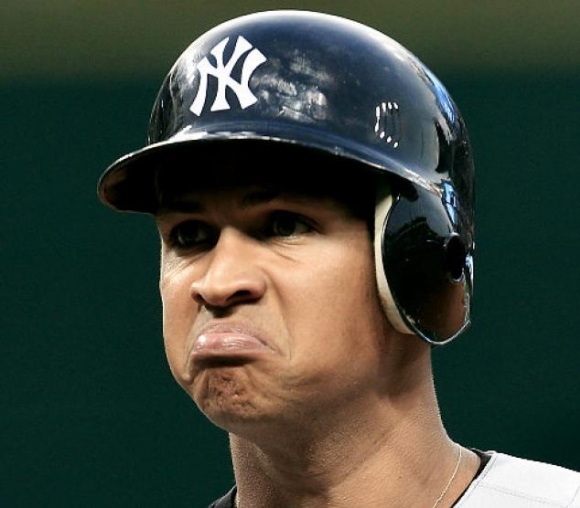 Just when the memories of Alex Rodriguez’s famous “I was young and stupid,” (yeah, sure, ARod, that's why you cheated) and Ryan Braun’s miraculous evasion of a 50-game drug suspension (just how did he manage that?) have faded, our hearts are once again ripped out as the biggest steroid scandal since the Mitchell Report has broken through and completely shaken the MLB.

Fast forward to the recent reports surrounding an anti-aging clinic (whatever that means) in Florida, the MLB's scrutiny led to the shutdown of the Biogenesis of America lab a while ago due to links to PED use among athletes who went there. Big names were brought up like Alex Rodriguez and even Robinson Cano, but nothing was certain as the two athletes, and many others, got off scot-free. Taking a tune from Barry Bonds and Roger Clemens, the pair denied everything while hoping that things would blow over. It worked at first, but the MLB started to crack down harder and do more extensive digging.

Straight out of that scene from The Godfather where Michael Corleone “takes care” of everyone at the end of the movie, the MLB is sparing no expense as it turns up every last piece of evidence across the country to find out who is connected to the latest scandal. Tony Bosch ran the Biogenesis of America clinic that was shut down by the MLB, but now, in return for info on the clients, he's working with investigators because MLB is willing to drop the lawsuit with which they threatened him.

The MLB is now preparing a set of suspensions -- some as high as 100 games and possibly even more in the case of Alex Rodriguez -- once the (presumed) substantial evidence is released.

Braun was on hand to speak after Tuesday night’s win, and seems to have mastered the art of ducking the question.

Yeah, sure, Braun. The truth hasn't changed. While that cryptic soundbite may have worked the first time around, the MLB has tightened its investigative procedures since then.

Still, there is some worry that Bosch’s word might not hold up. After all, isn’t he just complying to save himself? Fox Sport’s Ken Rosenthal seems to think so.

The whole operation has turned into a witch-hunt overnight, but if the MLB investigators can pull it off, baseball might just get back on the right track

It's not fair to the fans to see a great player stride to the plate and wonder whether or not such greatness is deserved or concocted somewhere in a seedy lab in south Florida. The days of Babe Ruth and Ted Williams are long over, but some day, when baseball is once again clean, we just may see a round of bright stars who exhibit true talent and deserve every bit of praise they get.

Until then, when someone mentions team chemistry in an interview, we'll be wondering how to take that.