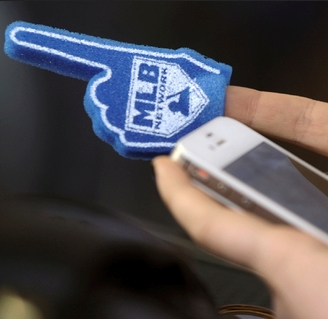 When your team is nine games in the hole for a divisional pennant and has a 3-7 record over the past 10 games, your clubhouse can be a little less than exciting.

So much so, in fact, that when Boston Red Sox third-baseman Pablo Sandoval checked his phone during the seventh inning and liked a picture on Instagram, the iron hammer of John Farrel came down.

Sandoval was extremely remorseful for the event and made a formal apology to his teammates, coaches, fans, and organization. While it may seem a little silly to cause such a fuss over a simple heart on a pic on the IG, many teams have similar policies in place to keep the players' minds and eyes on the field.

If you're singing Take Me Out to the Ballgame while Boston and Atlanta are tied at 2 and you see @kfp48 likes your picture, and then the Sox lose, you can't help but wonder if there's a connection.

Since the MLB doesn't have any specific rules surrounding players using social media -- and hi-tech is becoming ever more present -- no formal discipline should be expected from the Commish. The Red Sox, however, enforced their policy by benching Sandoval for the series finale against the Braves.