Published on 7-Sep-2015 by Alan Adamsson 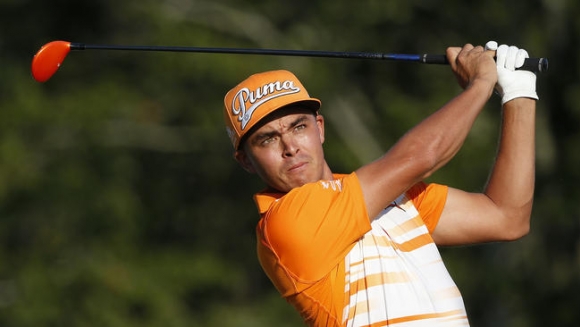 Rising to an occasion that Henrik Stenson couldn't duplicate, Ricky Fowler vaulted back into young-gun relevance in the FedEx Cup standings.

The Tennesee Volunteer -- adopting a tradition Tiger started of wearing his alma mater's colors -- fired a final-round 68 at the TPC Boston, three-under for the day and fifteen down for the weekend.

Fowler's preference for sticking to target golf was successful here because of his smokin' hot putter.

Putting aside Stenson's inexplicable decision to go short on the 16th -- the margin of error was behind the cup -- Fowler's one-shot victory came not from derring-do, but from dialing long distance on the greens:

By definition, one of those put him in the chips and vaulted him into third place in the FedEx Cup race:

The road show now moves to Conway Farms outside of Chicago for the BMW Championship in two weeks, with the field trimmed down to 70 qualifiers, down 30 from this weekend.

It tells us that who dares wins the big ones, unless someone's got a smokin' hot putter.