US Open: Shinnecock Hills Beats Up the Big Names 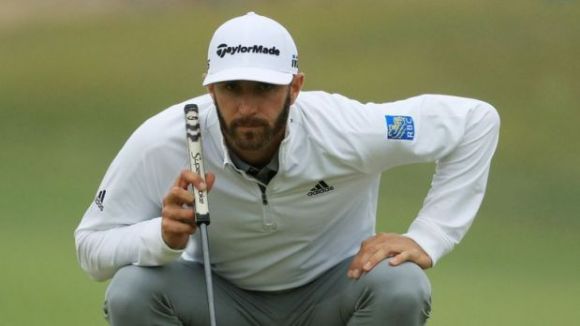 It's that time of the year again when the USGA pulls out the works of the Marquis de Sade and searches for inspiration.

They found a willing partner in the site of this year's US Open.

Ironically, in the four US Opens held here, scoring only got diabolical once, in 2004. Other than that, it was known as the venue where Greg Norman choked twice in the final round.

But this time around, with its sneaky hills and so many bunkers, the military coulda prepped for Desert Storm, the course has teamed with 15-25mph winds to virtually ensure the winner's gonna come in over par.

Hints of this, combined with skinhead-shorn greens, became evident in Round 1's morning session:

Drives and tall shots blown off-course made for ugly approaches and putts.

It continued in the afternoon session, but there were moments:

There were casualties, however, starting with Eldrick Woods Jr at the first hole:

Tiger carded a 78. On the bright side, he'll soon have more yacht time.

Similar casualties were Phil Mickelson (77), Rory McIlroy (80), and Jordan Spieth (78) in what for most was the first round from hell.

One of the few exceptions was the white-hot game of Dustin Johnson:

Dude's a feel golfer, as opposed to the clinical approach of a Spieth or Bryson de Chambeau.

He's been unflappable since he regained his touch, which serves him well at Shinnecock. He accepts he's gonna have bad shots and just gets on with it.

Still, the way this course is playing, it's hard to imagine it not taking a chomp outta everyone's scorecard at some point.

This has all the markings of a winner who's gonna be over par.