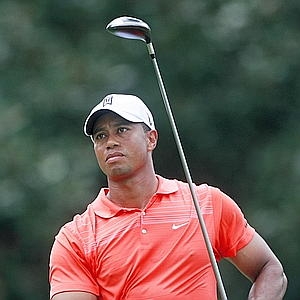 Word got around quickly last night that Sergio Garcia had made an ill-advised comment about Tiger Woods.

Garcia, who we said yesterday was still busy taking pot shots at Tiger, made a joke about him when asked if he and Woods would be sitting down together anytime soon to have dinner.

"We'll have him 'round every night,'' Garcia said, according to multiple media reports. "We will serve fried chicken."

For those of you who may have forgotten, when Woods won at the Masters the first time, Fuzzy Zoeller made a similar comment about Tiger having fried chicken at his champion's dinner, which did not go over well with the general public nor his sponsors.

Zoeller, who was thought at the time to be one of the 'good guys' of golf, lost sponsors because of that comment. In typical Tiger fashion, he made this statement on Twitter:

"The comment that was made wasn't silly. It was wrong, hurtful and clearly inappropriate."

Sergio, who claims he never knew about the Zoeller comment, apologized to Tiger and Tiger accepted.

You know, I wonder how much of this does Tiger hear on tour? How many racist comments or just plain nasty comments he has to hear from his fellow golfers?

Maybe Tiger isn't the nicest guy in the world, on occasion, because of how he is treated on tour. I'll bet, at times, he lives a very isolated life because of who he is and his background.

But after hearing this latest round of racist 'jokes,' I think we all may have a better understanding of what Tiger Woods still has to deal with in his daily life on the PGA Tour.