Rory McIlroy Gets Viciously Trolled By His Own Father 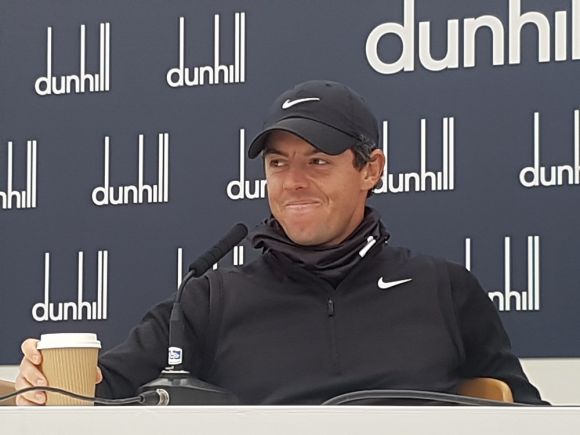 For those of you who don't keep up with the European Tour, this week's event is the Dunhill Links Championship in Scotland.

It's actually a celebrity Pro-Am, like when Bob Barker and Happy Gilmore played together that one time.

While those two legends aren't in attendance this week, Bill Murray is, so that's obviously a good thing.

Rory McIlroy and his old man are competing as well, something they've done previously.

Apparently, Rory gave pops four shots on Tuesday, which proved too many:

How many shots would you need against Rory McIlroy? #DunhillLinks pic.twitter.com/cyVclR4tBw

There's nothing quite like being embarrassed by your old man in public.

At least he didn't remove his belt.

Yep, the elder McIlroy is a 2 handicap, so he's clearly got some game.

And some new fans:

Senior is obviously pretty handy himself if that's all the shots he needs off Junior!

Get a room, you two.

Anyway, the kid did get his revenge the next day:

When you win the last four holes to beat your Dad 1UP 😁#DuhillLinks pic.twitter.com/IFfig2bUZz

If they do win the tourney, maybe Dad should hold the trophy.