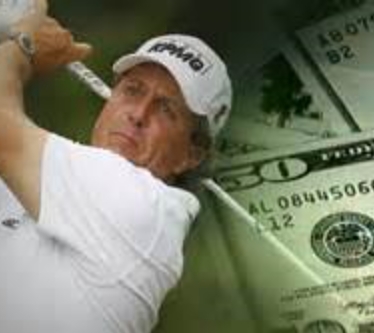 Please note this advice is for entertainment purposes, only.

Just like why the attorneys told The Dudes to put the fine print on the bottom of this and every other page on this site.

So, it's not emulating Kelly Conway to suggest that everyone associated with The Daily Player would be damn glad if Phil Mickelson should wander over here and aign up for a Bovada account.

Remember this little snag from last May?

For those who can't keep a secret, pay close attention, now.

Here's why what Mickelson did was a bad thing, and keep in mind that ignorance is no defense in the eyes of the law. Unless you're bloody rich:

So dude returned the dosh and remains free as a bird.

For Billy Walters, it may not be so rosy. To summarize:

Basically, Walters' defense is that the info was common knowledge. The feds say Mickelson wasn't common enough, as it were.

They should know. They're the ones who left a dude with $82million in career earnings -- for starters -- off the hook, for some reason.

This could lead the Big Lefty to a witness stand, where he might get asked to explain how he banked a one-off stock tip.

If so, dude's gonna plead the fifth.

Meanwhile, we're gonna plead with him to open that Bovada account, going on the leopards-&-spots theory.

And remember, they take Bitcoin. They also offer a sign-up bonus of up to $250.

C'mon, Phil. Your main man's gonna be down for a minute. Gotta do it.