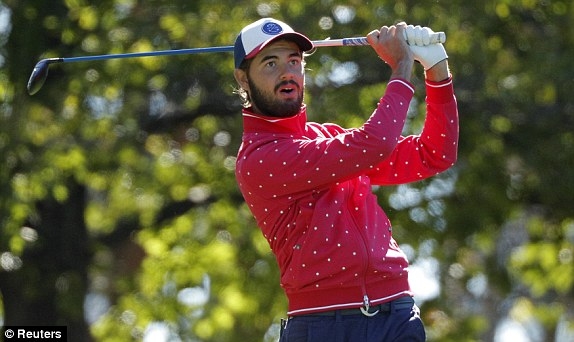 There are certain sports that demand the utmost attention of those in attendance.

This is particularly true if you're sitting or standing close to the action where projectiles are traveling at high speeds.

The 2017 Masters has provided such a lesson for one unfortunate patron.

In the second round of the tourney, amateur golfer Curtis Luck comically hooked a tee shot to the left and into the assembled throng that is golf's gallery.

Luck did manage to hold onto his club, but the trajectory of the ball is another matter.

Here's the most unlucky dude who got in the way of the errant shot:

One wonders if this guy appreciated the irony of Luck's name as medics tended to the gaping wound on his forehead.

Anyway, Luck obviously felt bad about his really awful shot, enough to even give the fan one of his gloves.

Of course, it could've been worse.