Jason Day Prevails in the Other March Madness 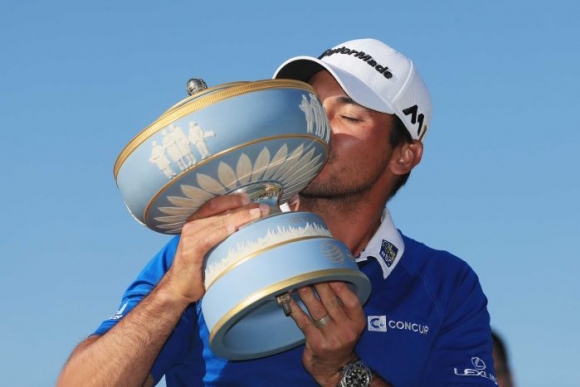 If there's one event every spring that's more ridiculous to predict than the NCAA's Big Dance, it's the WGC Match Play Championship.

In most four-day medal events, it's not uncommon to see the top ten finishers within 4-5 shots of each other.

So, when 64 of them square off in a bracket, every minor moment anywhere on the course becomes its own little universe of chaos theory.

Here's a simpler example: Butterfly this:

And that's how the world lost another potential physics major.

As powerful as these mathematical forces of nature seem to be, then, it's all the more impressive that one golfer has claimed the WGC Match Play title twice in three years:

In between, Day was producing highlights like this one in his opener:

The Aussie's magic was evident in all aspects of his game this weekend, as evidenced by this putt in the semi-final:

Here's the new World No 1 showing his killer approach that sealed the Championship round was just the last of a laser-focused litanty on the day:

So while no one's sure what ultimately happened to that kid who was attacked by the butterfly ...

... It's logical to project Day as one of the favorites for the Masters, coming up on 7-10 April.