Published on 7-Aug-2016 by Alan Adamsson 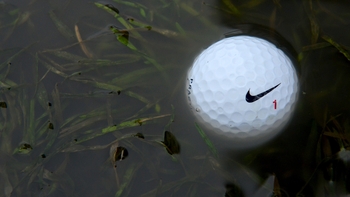 That merchandising monolith named after the Greek goddess of victory has now retreated from a second major sport.

Back in 2007 Nike was forced to admit it didn't know what it was doing when it came to hockey.

Players at both the pro and amateur levels constantly complained of discomfort. The joke was they felt like they were skating in the box they came in.

Now, the Swoosh is cashiering its golf equipment division.

Maybe it was an ironic coincidence -- albeit a cruel but fair one -- that Tiger Woods was listed last in the group of Nike's sponsored players.

It's been known for years that he bristled over the inferiority of Nike clubs. Of course, the company was doing the same over his off-course escapades and injuries.

As a result, dudes like Rory McIlroy -- who's also in the midst of a rough patch -- need to fill in a certain blank in their game ...

... Because times like these are well and truly gone: