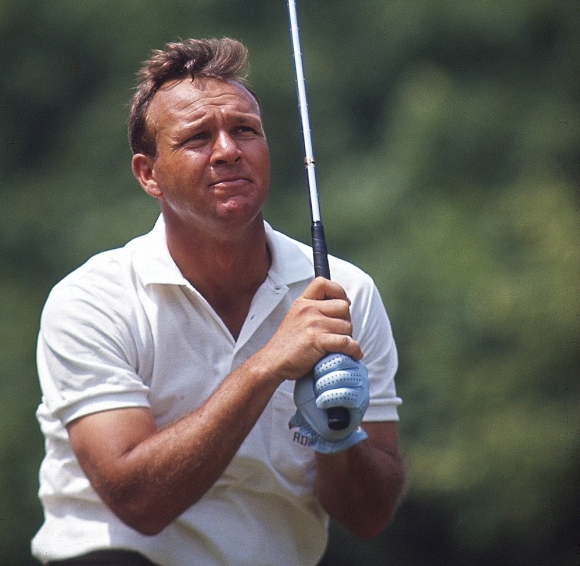 The most abused term in sports is superstar.

It's supposed to describe someone who has transcended his profession to the point where his name garners universal recognition.

From the day he burst onto the PGA Tour, Arnold Palmer was destined to earn superstar status.

Palmer understood social responsibility before that term even existed.

Arnie's Army was the first ubiquitous dedicated fan group for an athlete that became a thing.

If anyone in sport truly earned the nickname King, it was him.

Another term Palmer never knew was target golf, mainly because playing it safe to finish an event with Top Ten money wasn't the kajillion-dollar financial strategy on the PGA Tour that it is now, where faceless pros pop a win every now and then, but it never seems like that's their primary objective.

If a chance to gain a stroke was there regardless of the odds, dude was all in.

And if you're gonna toast a life of excellence, do it right.